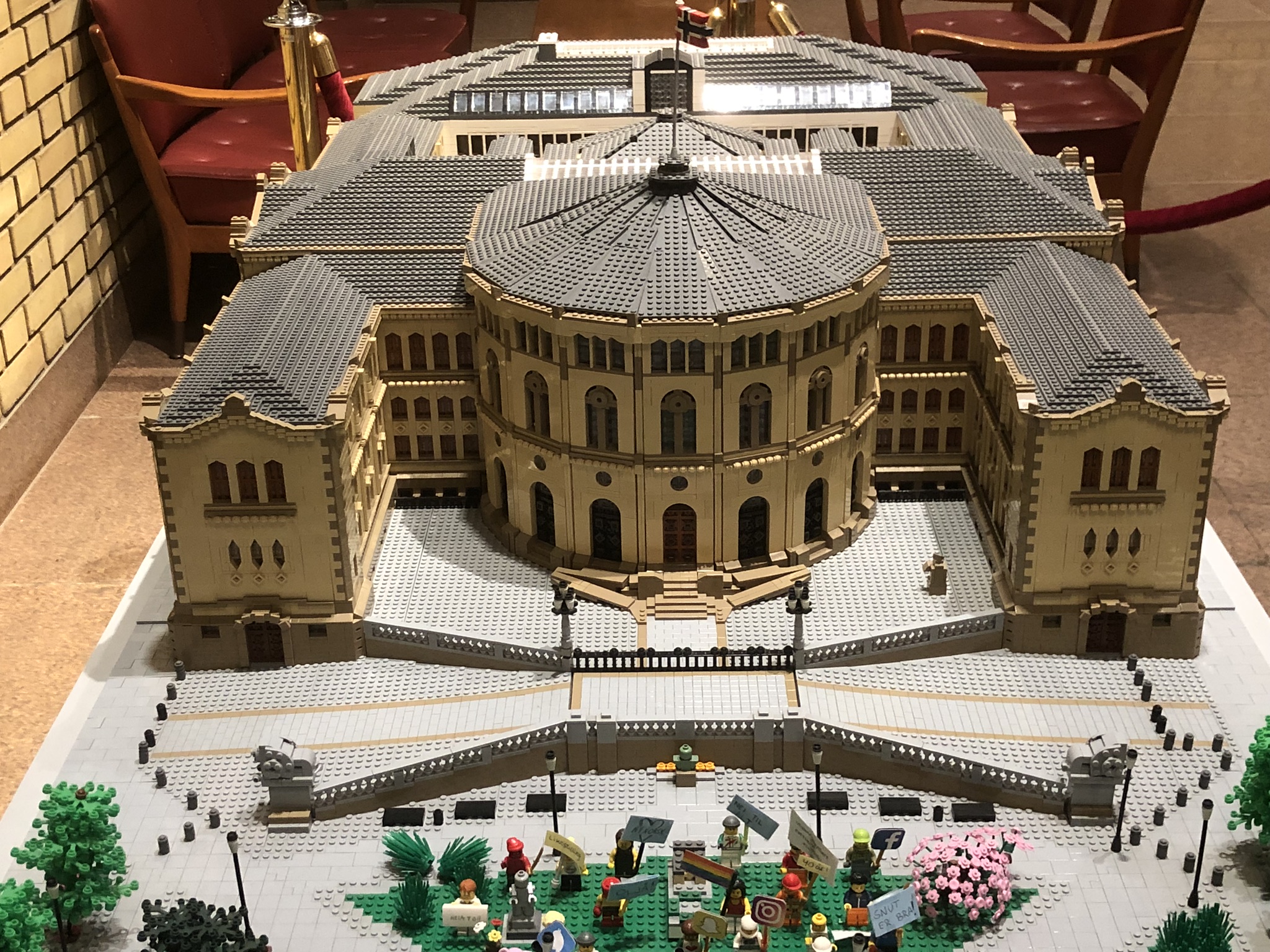 Is Scandinavian politics just about free education, free healthcare, long maternity/paternity leave and high taxes to pay for all of this? Lately many non-Scandinavians have pointed to Scandinavia–either as a political system to copy or something to scare people with … because, you know, socialism.

These points come from a lecture I heard a while back by Yngvar Åsholt from the Norwegian employment- and welfareorganization NAV. I use Norway as my example but Sweden and Denmark have the same system, with minor differences.

In many countries unions are seen as a bad thing. Not so in Scandinavia. I’m an employer myself and I love the unions because they give me a well organized opportunity to discuss and negotiate big changes with the employees, which again gives me and the company happier employees. Happy employees are an asset so even if you’re just thinking with your wallet, you should welcome anything that makes your employees happier. You might also consider thinking with your heart and not just your wallet.

Did the Vikings have unions? Were they happy with their Earl?

Unions are not just important locally but also on state level. The Scandinavian countries practice something called the three-party-cooperation where the unions, the employer organizations and the government negotiate big changes to pensions, wages, maternity/paternity leaves, vacations etc. The unions speak for the employees, the employer organizations speak for the employers and the businesses and the state tries to keep spending low and satisfaction high. These yearly or bi-yearly negotiations are incredibly important and there’s a system surrounding them to make sure it’s a give and take on all three parties.

Norway has a right-wing/conservative/Christian Democrats/Liberal party (yes, four parties) government and one would think they would do anything to crush the unions. This is not the case. In fact, this is a quote by the Norwegian Prime Minister:

The three-party-cooperation is our competitive advantage.

Why? Because it creates stability and all three parties are relatively happy–none of the parties get everything they want but all of them get something. It also makes it possible to solve larger problems. Right now with the oil prices going down, Norway does not need a huge wage rise. So the three-party-cooperation agreed on holding wages back. This would not be possible if the CEOs awarded themselves huge bonuses so this is part of the deal–everyone hold back, not just the employees.

If you reach a certain age and you’ve worked for a certain number of years, you will get a pension. If you have a child and you’ve been working, you will have paid maternity/paternity leave and your child will have a monthly payment from the state. If you choose to study, it’s free and you will receive grants from the state. If you’re unemployed, you get unemployment benefits. If you’re sick, you get sick pay and free health care. If you have a disability that makes it hard for you to be on the work force, you get disability payment. And so on and so forth.

Free health care and paid sick leave – and, of course, cheap health care – are all important in Scandinavia

You don’t have to buy insurances (actually, in Denmark you do have to have sort-of an unemployment insurance through your union) to get these benefits. You don’t have to know someone who knows someone. The rules are for everyone.

On top of that, we have cheap child care, free schools, subsidized public transportation, nurses and other health care workers who help older citizens who live at home, and retirement homes that are free or fairly cheap and a huge number of other kinds of public services.

These benefits and services are important because they may seem kind, but they’re also one of the reasons why our economy is running so well. With great child care and senior citizen care, more people can go to work, knowing that their children or their parents are well looked after. Norway’s former Prime Minister, Jens Stoltenberg, said that it wasn’t the oil that made Norway so prosperous, it was the huge amount of women in the work force.

The safety net ensures that noone is left behind and everyone is cared for. Less worries and more happy citizens.

The Scandinavian countries are unique when it comes to redistributing wealth. Not just through taxes but also because it’s just not acceptable for a CEO to earn several hundred times more than one of the workers in his or her company, as we see it in some countries.

Norway is the country in Europe with the least difference between rich and poor.

Taxes are not unpopular. We see the benefits of paying our taxes, both from what we receive from the state ourselves and the knowledge that we have a safety net if we are ever sick, unemployed or otherwise in need of help.

The redistribution of wealth and the three-party-cooperation are just two reasons why the Scandinavian countries are fairly egalitarian. Yes, we do have some super-rich families, like most other countries, but in general we’re pretty much alike. Some are a little better off than others but in general we have very few poor people and very few rich people.

We may not work a lot of hours–long vacations and short work weeks will see to that–but a lot of us do work. We have one of the highest employment rates in the world. Both men and women work all their lives and we do not retire early.

It’s also great for business when a country can offer a highly educated staff to foreign countries looking to invest.

With long vacations, short work weeks and unions butting in on all the major decisions, you might think we don’t get anything done here in Scandinavia. You would be wrong.

We are highly productive.

Where you might have to hire three people in other countries, you only need two here. Our GNP pr capita is very high because we get things done even though we leave the office at four to pick up our kids.

People trust the system–and each other

We pay our taxes because we know that everyone else does. And our taxes aren’t as high as you would think, considering what we get in return. I pay 31% of my wages in taxes, and I’m considered a high-tax payer.

Our health care is fairly cheap compared to the US because it is cheaper when noone is getting rich on other peoples’ bad health.

We also know that there are systems that ensure that our tax kroners are used for whatever the politicians promised they would use them for, and that anyone can check up on any decisions made by a government agency.

We have laws that ensure that anyone can ask for almost any document or letter written by any government official.